History of the Wizards

Howie Davis, the founder of the Harlem Wizards, (and father of current CEO Todd Davis and grandfather of Vice President Rick Schreiber) had a passion for the merger of sports and entertainment. He audaciously believed he could create a basketball show better than the Harlem Globetrotters. The seeds of rivalry were sown in 1943 when Howie, the director of recreation at Wright-Patterson Air Force Base in Dayton, OH was asked to replace the 8th team in the World Championship of Basketball in Chicago. His Dayton Dive Bombers had one of the greatest sports upsets ever, defeating the mighty Globetrotters.

Fast forward to 1959 and Goose Tatum, the Globetrotters' original showman, world-renowned for his comic ability, had formed his own team the New York Stars and asked Howie to book him a series of games in NYC.

Those successful events led to Howie starting the Harlem Wizards in 1962. 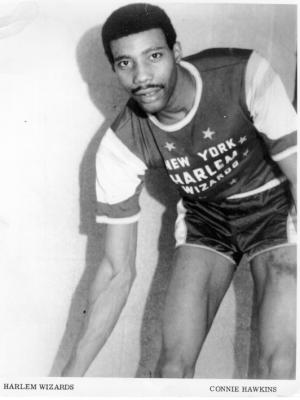 Through the years the Wizards have had so many historic moments and players. Connie “The Hawk” Hawkins spent two years touring with the Wizards in the prime of his career. Connie is one of the 50 greatest players in NBA History. More than 25 ex-NBA Players have played with the Wizards, a list that includes top 50 greatest Tiny Archibald, NBA All-Star Ray Felix, 6th man extraordinaire Mario Elie, and Wizard homegrown future NY Knick Hawthorne Wingo.

The most memorable and moving game in Wizards history was in Newtown, CT in 2013. It illuminated the best of what the Wizard players can do. They brought joy for a few hours in a community that faced an unimaginable tragedy. In spring 2015, the Wizards brought an event that created positive community spirit after the chaos in Baltimore, Maryland. Another memorable game was at Attica Prison in the 1970s against the inmates. This took place not too long after the infamous Attica riot. The Wizards were cascaded with a standing ovation after the game. 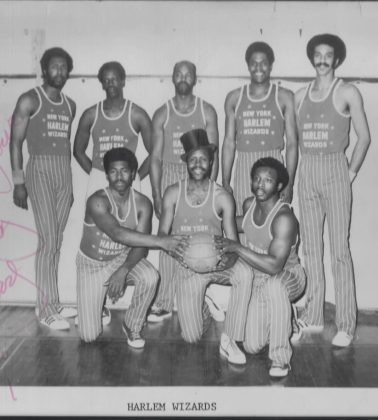 The Wizards have toured nearly all of the 50 United States and many countries. The Wizards have had ten tours of China since 2000. Other tours included a USO tour of the Far East, as well as trips to Italy, Belgium, Taiwan, Israel, Malaysia, Brazil, Argentina, Poland and Venezuela. Crowds as high as 10,000+ have watched the Wizards in soccer stadiums, bullrings, as well as basketball arenas of many CBA teams in China, and  in Tel-Aviv, at Menora Mivtachim Arena. In addition the Wizards have done numerous charitable events at Madison Square Garden in New York City.

The Wizards have played with celebrities in their travels. Numerous NFL players and former NBA players, such as John Havlicek, Dave Cowens, Elvin Hayes, and Kobe Bryant. NY Mets Donn Clendenon and Ed Kranepool toured with the Wizards. So did Hall of Famer Nancy Lieberman and NY Giants Hall of Famer Lawrence Taylor.

The Wizards primary focus is fundraising events for non-profits and school organizations. Monroe-Woodbury High School in Central Valley, NY, holds the record for hosting the Wizards 27 years in a row. 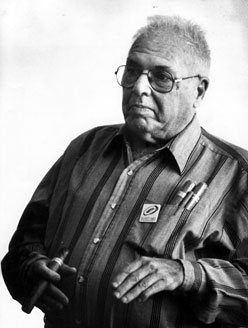 In 1962, Howie Davis (HD), a native of Rockaway, NY founded the Harlem Wizards. This was far from his first venture in Sports, but this is the one that stuck.

At the age of 15, HD had an offer to leave home to play semi-pro baseball, and he went. That began his journey as a professional athlete, entrepreneur, and manager.

He played baseball for many different semi-professional barnstorming teams. At some point, he got into managing and promotion, and managed/promoted all of the major sports. From the Brooklyn Dodgers football team, to the Staten Island Stapes. He created, owned, and managed the Kokomo Clowns Baseball/Basketball Team.

The clowns, modeled after the Indianapolis Clowns, actually played in clown outfits! The late Red Holtzman, former Knicks championship coach, and a friend of Howie's, came out to play basketball with the Clowns, but didn't realize he was expected to wear a clown outfit. The two huddled, and for an additional $2 Red agreed to wear the outfit.

Howie continued to promote events, and eventually was a scout for the San Francisco Giants.

Obviously, Howie Davis had a penchant for combining Sports and Entertainment, well before it's time had come. The Harlem Wizards became one idea that stuck, and has survived the test of time.

Howie was also a pioneer in breaking color barriers. Prejudice infuriated him and he believed in Sport as the great equalizer, the ultimate merit system. 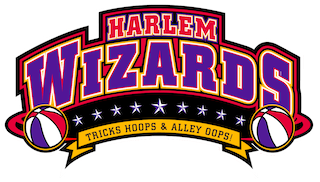